Murder, mayhem and miners – they’re the three elements that have most defined the history of one of Britain’s most beautiful cities.
As the northernmost site of William the Conqueror’s push to quash rebellious locals after 1066 and all that, the ancient city of Durham, just south of Newcastle, was a place of more bloodshed than any of the kingdoms of Game of Thrones. 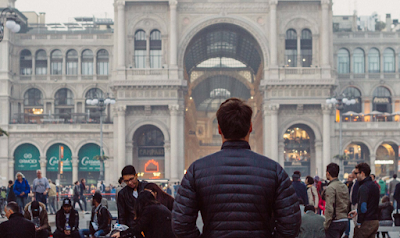 As the priest appointed the Bishop of Durham in 1071 by William the Conqueror, he was granted huge powers and used them with abandon against his foes.
After his henchmen slaughtered his greatest critic in a middle of the night raid, he led a party of 100 for peace talks with the family’s survivors. When he rejected their terms, however, he was forced to take refuge in a nearby church that his enemies set ablaze, and then cut him down as he fled from the flames. It’s a history as riveting as anything George R.R. Martin could ever write.
These days, of course, Durham is a beautiful  and extremely peaceful place of immense natural and heritage beauty, but the story telling is no less compelling.
Opposite the castle across the emerald expanse of Palace Green, in rather more recent times, Durham’s awe inspiring Norman cathedral doubled as a film location for a modern epic tale: as the Hogwarts School of Witchcraft and Wizardry for Harry Potter. 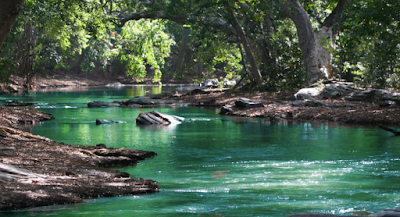 It’s little wonder that this UNESCO World Heritage site has become a backdrop to such real, and imagined, histories.
The tranquil River Wear winds around the city and, fringed with natural woodland, blossoms, wild garlic and quiet gravel paths along either side, it offers spectacular views of the castle and cathedral towering 55 metres above.
Rowers slip silently past under the several stone bridges crossing the river, with the oldest dating back to 1145, and are interrupted only by a series of weirs as they approach the main city.
That city centre also reeks of history, with an ancient marketplace, medieval walls, a Norman archway, cobblestone paths up and down alleyways and buildings dating from the English Civil War and Cromwellian period. Many of the historic buildings have these days been taken over by Durham University, founded in 1832 as one of Britain’s oldest universities.
Students live, for instance, behind 2.5 metre thick walls in the castle in one of the earliest residential colleges that  gives the space a new lease on life and a sense of living history.